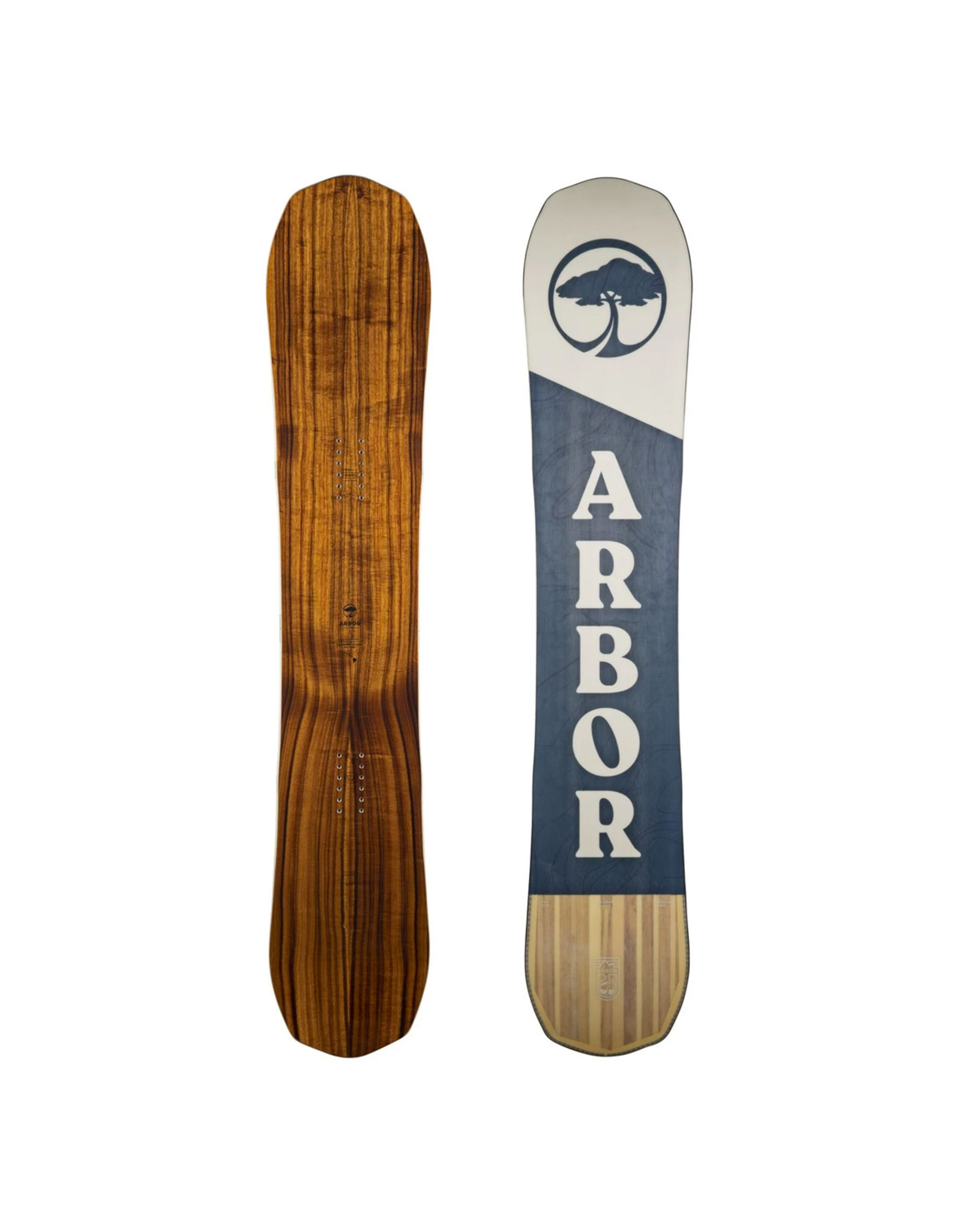 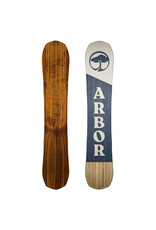 The first Koa came from a forest restoration project on Maui, where dead trees were removed by helicopter, and sold to fund the effort. That work is done, and the land was added to the Haleakala National Park, where it will be forever protected. When we founded Arbor, we also started our Returning Roots program, which is dedicated to the preservation of Hawaii’s Koa Forests. In 2008, we stopped using Koa, as sustainable sources became hard to find, but we continued on with Returning Roots, giving back to this critical natural and cultural treasure, which is so closely tied to the roots of the surf, skate, snow way of life.

Double Barrel Core – Poplar and Paulownia blend with bamboo stringers running down the center of the board for added longitudinal pop and unmatched board control.

360° Fully Wrapped Sidewalls – Eliminates the need for tip fill, while effectively tying the whole snowboard together. A technology that delivers incredibly tight tolerances for improved board life and durability.

Sintered Plus Base – Arbor's sintered plus base is mid-density material that demonstrates increased speed and durability while maintaining the ease of repair.

Factory Tuned – Arbor detunes the tip and tail contact points on all of their snowboards for a catch-free ride before they leave the factory.