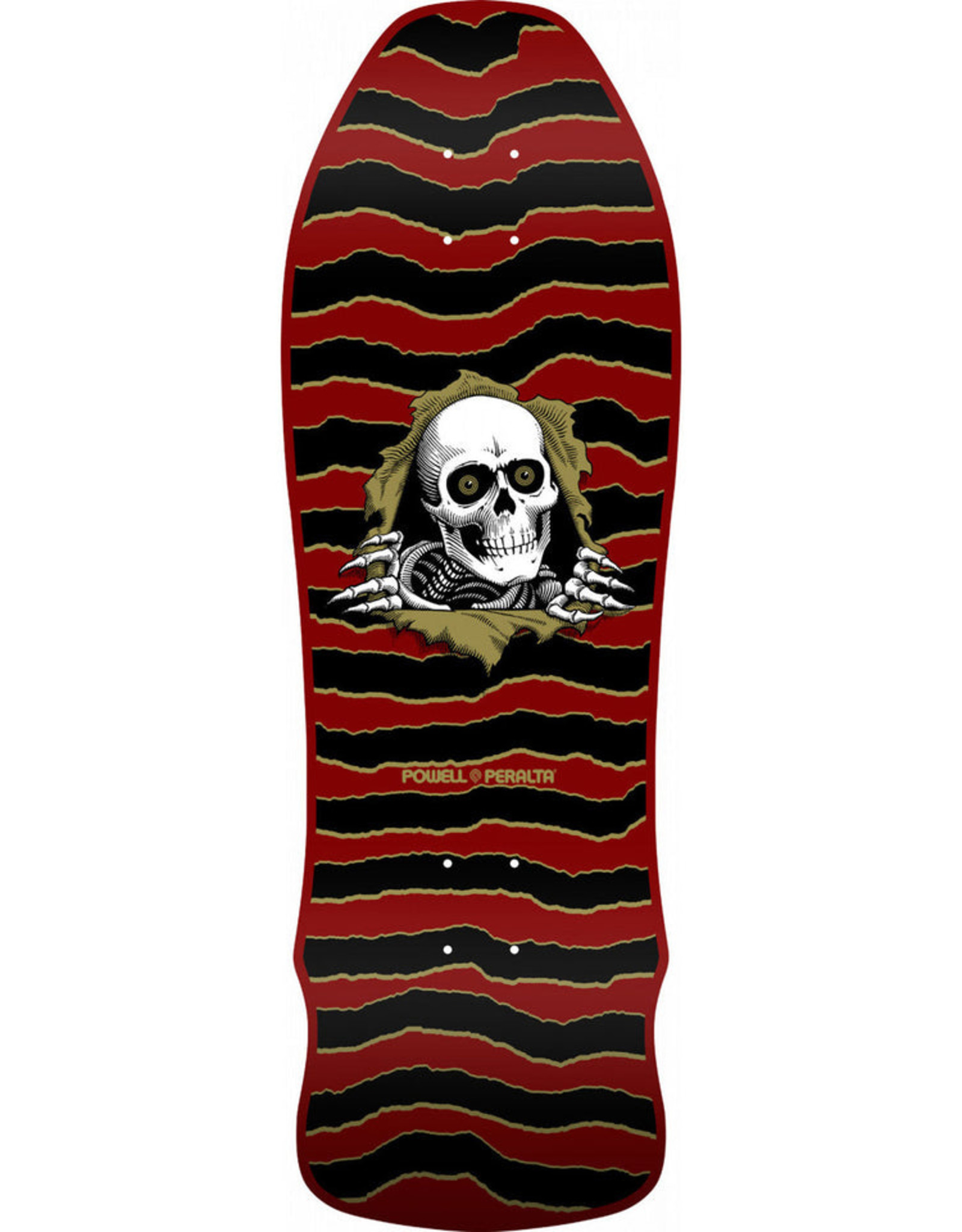 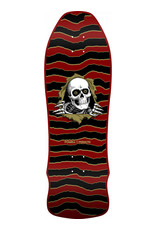 In 1986 jump ramps were all the rage. Easy to build, portable and fun to launch off of. Unfortunately, decks were snapping left and right. Powell-Peralta deck returns were so high the company sought ways to make decks stronger and more resistant to jump breaks. One solution was Bonite construction. Another was the "Gee-Gaw" shape which had bumps to reinforce the break zone area. Why "Gee-Gaw?" Ask Chris Iverson. This shape was also used for the Skull & Sword graphic. They were originally produced between 1987 and 1988.

Arguably the most iconic skateboard graphic of all time, "The Ripper" was illustrated in 1983 by legendary Powell-Peralta artist V.C. Johnson. Originally the graphic was used as a "Bones Sold Here" dealer window sticker. Next, the artwork found it's way onto t-shirts and eventually decks. The Ripper graphic has stood the test of time and has been a staple of the Powell-Peralta line for over 30 years.